John Walkenbach
author
The (Music) Man. The (Microsoft) Myth. The (Excel) Legend.
It’s a joke, of course…
The page you are viewing is not for real.

"Web Designs and Writing
by MYRTLE"

Believe it or not those to sentences right above this are not the same. They may sound the same when you say them out loud, but please look at the beginning word(s) of the sentence(s). They are not the same! Even so, both are true. I want you to come to my web site, and you are also welcome to come here.

I am pleased to anounce that I have a new cleint: PARTY TENT CITY!  I designed the entire sight by myself. I think that sales will increase now.

To see the new sight of my client click on this "link":  THE NEW SIGHT

My name is Myrtle McNeedle, and I have a way with words and a keen sense for graphical design and beauty. That’s why my company is named Web Designs and Writing by Myrtle. This company has two specialities:

These skill I have all learned on my own and I have very little "formal" education! My boyfriend Todd (who also has his very own web sight which I designed!) tole me that the law says you can quit school when you turn 16. So I just followed the law and did it!!! 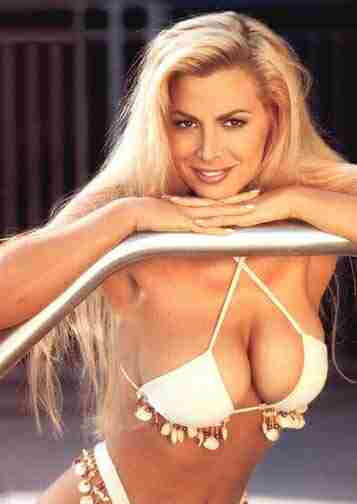 Lots of people are curius about the woman behind the company: Myrtle McNeedle. I am the president, vice president, owner, and secretary, all rolled into one. Pleased to make your aquanitance!

The picture that you see is not actually me (although Ive been told that my eyes are like hers).

Most of the pictures of me are taken from my "bad side" (everybody has a good side and also a bad side when it comes to photogrophy). I hope put up a real  picture of me that is more flattering soon.

I am 20 years old, female, white, and single.  But I do have a boyfriend who is named Todd. I am about 5 foot 4 inches tall and I won’t tell you how much my weight is (WOMAN DONT HAVE TO TELL!!). But I am slightly overweight, but not really too much (I have large bones, they say). My hair is pretty short which makes it easy because it is less hair to wash and dry.  Oh yeah, I also have a baby, who is about 2 years old. Most of the time he stays with his gramma. Babies are a lot of work, did you know that?

Enough business talk! I happen to think that you can learn alot about a person just by knowing the things that they like and the thinks that they dont like. So here is mine:

This web page is organized like an outline in order to make it easy for you to follow. It uses roman numbering system.

Basically, there is two types of wrtiing: fiction, and nonfriction.  Fiction is writing about stuff that never happened. Examples are stories, novels (hardcover and paperback), and even some types of poetry. Nonfriction is wrting about things that really happened, or things that are true. Examples of this include school books, some magazines, and books of pictures such as those you might find on your coffee table. I guess that in a way, things such as a grocery list can be considered nonfriction because a grocery list contains things that you truely want to buy.

To sumarize you can think of it like this:

I write in all different styles, including both fiction and nonfriction. On this particular web sight you will find some of the things that I have written. After reading these works, you will understand why people say I have a way with words. You have to go all the way to the end of this page in order to see my writings. So don’t stop now!!

Someday I plan to write a movie. I could easily write a movie such as "Castaway" (it didn’t have hardly any words!  But I would not write it for Tom Hanks. He wasn’t right for the part. I’d pick somebody like Tom Cuize! In any event, someone named Tom would get the part.

Please read this –> These writings are copy-righted. This means that copying them is not right. You can read them, but do not copy them. And don’t memorize them either! And for gods sake do not print them in a book unless you ask me. But that will cost you, of course. Click on the coffepot (which is over to the left) to see how much I charge!

OK, here’s what you have been weighting for. You can just click on a link (listed below) to read writings of various styles by Myrtle McNeedle. These writings are listed in alphabetical order for your convenience! They are also part of the outline and appear in roman numbers (A through F).

The Children’s Stories of Myrtle McNeedle

Ax Me No Questions: The Story of Bambu and Howard…
by Myrtle McNeedleb>

It was a cold, snowy day in the forest.

"Look out!" cried the big burly man with a beard and blue overalls. But it was too late. Much too late. The large wooden tree fell right on the furry mother deer and killed her in an instant. Blood trickled from her mouth onto the snow white snow. A piece of bone, nearly as white as the snow, emerged from her brown furry leg. This deer could not be any deader.  But luckily, the deer’s baby (a fawn) was not harmed in this unfortunate mishap.

Now for some back round. Howard was a lumberjack who worked in the forest. That was the only job he could find after being let out of prison, where he served a five-year sentence for rape and aggravated assault.  Now, all he did was cut down trees with his razor sharp ax. He had a good heart, but sometimes he drank too much and got into mischief. The tree falling on the deer is a good example of this.

Anyway, Howard made friends with the baby deer and named her Bambu. He raised the deer as a pet, and he took good care of her. He fed her grass and gave her water to drink. He also protected her from bears who wanted to eat her for dinner, and from the occasional hunter who wanted to shoot her. Bambu  was pleased to accompany Howard as he went about his daily business of being a lumberjack. This involved cutting down trees to make way for a road that was being built through the forest. In his spare time, Howard taught Bambu how to speak English. Over the years, they became very close and eventually lived together as man and wife.

One day, the two of them woke up. Bambu started to prepare breakfast while Howard urinated in the bushes.

"So what’s on the agenda today, Howard?" said Bambu.

"Do you mean cutting down trees?" said Bambu.

"Oh, not again! Why can’t we ever go out?" retorted Bambu.

Howard grabbed his sharp ax and went out looking for a tree to chop down. Bambu followed closely behind him along the forest trail. Howard found a big tree, and swung the sharp ax to make his initial chop into the large tree. The ax hit Bambu in the head, and the blood poured out like a broken dam. You could hear the sound of bones crunching for miles around.

NOTE: I haven’t yet figured out an ending for this story. It should be a happy ending since its for kids. This story can be used as a bedtime story, or if the child can read he (or she if its a girl) can actually read it themselves. Someday this will be a book. I have not yet figured out who will star in the movie version. Prolly Tom Cruiz as Howard. I am still uncertain about Bambu.

B. Media (that means TV and movie writings)

A TV Commercial… by Myrtle McNeedle

OPENING SHOT: A Ford Explorer driving along a mountain road. (Music plays in the background).

CUT TO: Close-up of inside of the Ford Explorer, with two happy people in the front seat. They should not be old people.

WOMAN (RIDING SHOTGUN): "Yes it does, dear. I’m glad you bought it."

WOMAN: "And it gets good milage."

WOMAN: "Why yes I do. The Ford Explorer comes in many different colors, and I like them all."

WOMAN: Smiles, and gives the man a seductive look.

CUT TO: Another shot of the Ford Explorer driving along a mountain road. (Music plays in the background).

When this commerical gets made I will recommend the following acters: Tom Cruiz and Rosie Odonald! I think they would make a cute couple!

The Poetry of Myrtle McNeedle

The Flower (a poem)… by Myrtle McNeedle

Today I walked into the woods
I must have been gone for an hour.
I moved my eyes down to the ground
And spied a pretty flower!

It was blue and yellow, with a touch of pink
It looked kind of like a bell.
I put the flower up to my nose
And smelled its lovely smell!

Soon I tired of this pretty sight
And walked back to my house.
Inside my house I went to bed
And dreamed of…

NOTE: I can’t think of something that rimes with house — except for mouse. But that’s not very good.

NOTE TO READER:Hikoos is a form of poems invented by the Chinese people. These poems are easy to write since they don’t have to rime. In fact, they don’t even have to make sense!

The water dripped
Out of his mouth like
A piece of liquid bubble gum.

I like to eat butter
I can eat two whole
Sticks before noon.

The bird flew high
Into the night
And then it crashed to the ground.

The Philosophies of Myrtle McNeedle

Bigger and Smaller… by Myrtle McNeedle

A Love Note… by Myrtle McNeedle

I just wanted to send  you this pretty card
that I picked up at the Hallmarks store. It’s
one of those cards with no writing in it,
because I’d rather write it myself.

You are a good man, and sometimes I
love you very much! But sometimes you
make me mad, especially when you won’t
call me after I ask you to. So call, me OK?

And I’m sorry about what I said about
our relation ship not having much of a
future.

Love,
You know who!

People say that I have "a way with words". You know why? Because I make a big effort to learn new words. That’s right. I don’t just wait for words to come to me, I go out an seek them! You two can have a good vocabulary.

Here are some good places to get new words:

So without further adoo, here is a list (only a partial list) of some of my vocabulary words. If your interested in using any of these words, be my guest. To save space I did not include the definition of the words. You can look them up yourselves!!

It’s a joke, of course…
The page you are viewing is not for real.
Jokes

<p>I’ve been there before. Listlessly typing “Excel classes near me” in my web browser, feeling overwhelmed with the many,...

If you’re struggling to learn Excel, here are my reviews of 8 of the best in-person Excel training classes in San Diego to help...

For those struggling with Excel, here’s my recommendation list of eight great options for in-person Excel classes in Los Angeles...

If you’re struggling to learn Microsoft Excel, here are my reviews of 8 of the best in-person Excel classes in Atlanta that you...

Going Zero to Hero with Excel: Finding In-Person Excel Training That Works For You