This Last Man Standing Competition spreadsheet is an excel prediction game you can apply to any kind of sports competition. The aim of this prediction game is to pick and predict one team/people who will win in every rounds where the pick cannot be the same in every round. It should be easy in the beginning but it should be tougher at the end because of "can't pick the same team" rule. The winner is the sole survivor by the end of competition period.

Basic rules implemented in this spreadsheet are as follows :

Remember that the basic idea is finding the Lone Survivor.

There are 5 working worksheets in this template. Those are,

Here are steps to Use this spreadsheet:
Step 1 > Set Up your Game parameter 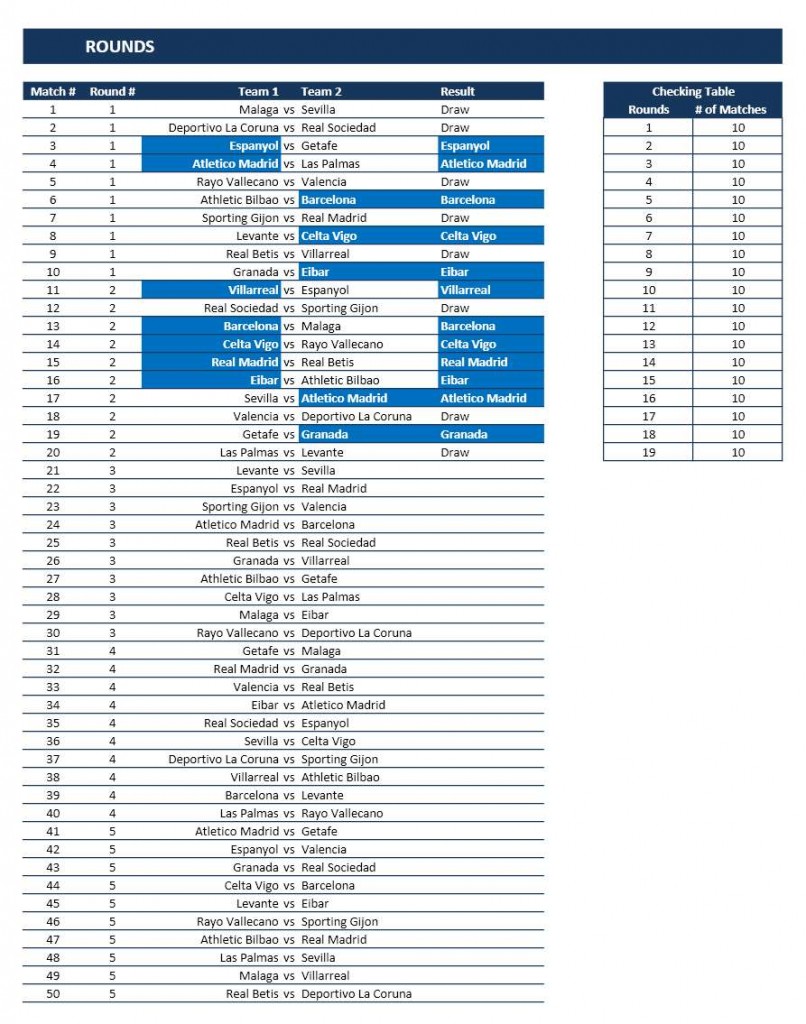 Notes on Step 3 :
Do not copy and paste between rows. It will break dropdown list link for respective players

Here, I will show you how to use Last Man Standing Competition Spreadsheet using matches in the first half of 2015/2016 Spanish Liga BBVA competition. Based on basic rules and steps above, below are conditions I set for this game. As you can see inside the spreadsheet, I put 15 players, 20 teams, and 19 rounds as its game parameters. I copied the first 19 rounds of Liga BBVA matches into matches worksheet. I also create a simple video guide you can watch below :

There are 2 options I can suggest :

Another question could be can this spreadsheet is implemented in tournament model? For example Rugby world Cup 2015 or World Cup 2018 Qualification? Yes, it can, but you have to add custom rule to be informed with your players. You have to adjust its rounds where it should be based on time instead based on original rounds, if you don't want to apply the original rounds to your game. The main reason, the original number of rounds should be very small to get the lone survivor. And also, your players have to pick the team carefully since the dropdown list won't separate the teams based on groups.

You can download the spreadsheet below. It accommodate up to 100 players and you expand it to cover up to  30 teams. You will have a full control to the spreadsheet where you can modify anything inside and develop it based on your own ideas. Lite version with up to 15 players is also included. 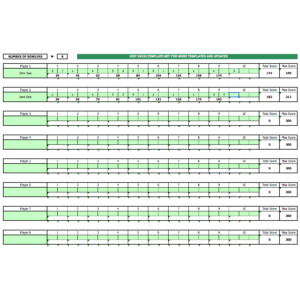