On this page, you will find FIFA Women's World Cup schedule and scoresheet with Soccer Tournament Creator spreadsheet that I created because of many requests asking about Schedule and Scoresheet for this football tournament.

Different from our World Cup schedule and scoresheet, I have neither created a specific template nor modified existing World Cup template because the platform is not the same.

I decided to use my Soccer Tournament Creator to form this tournament schedule and scoresheet. I think this will be enough for you who need to track the progress of your team in this tournament.

You will need Microsoft Excel to edit this template. If you don’t have it yet, you can get it as part of "Office 365" from Microsoft's site right here. 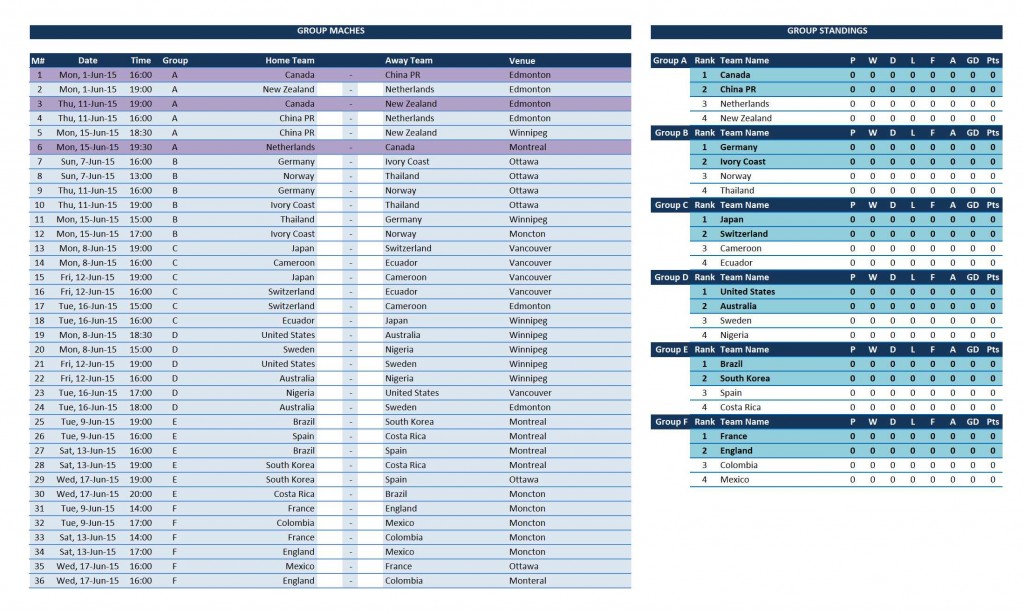 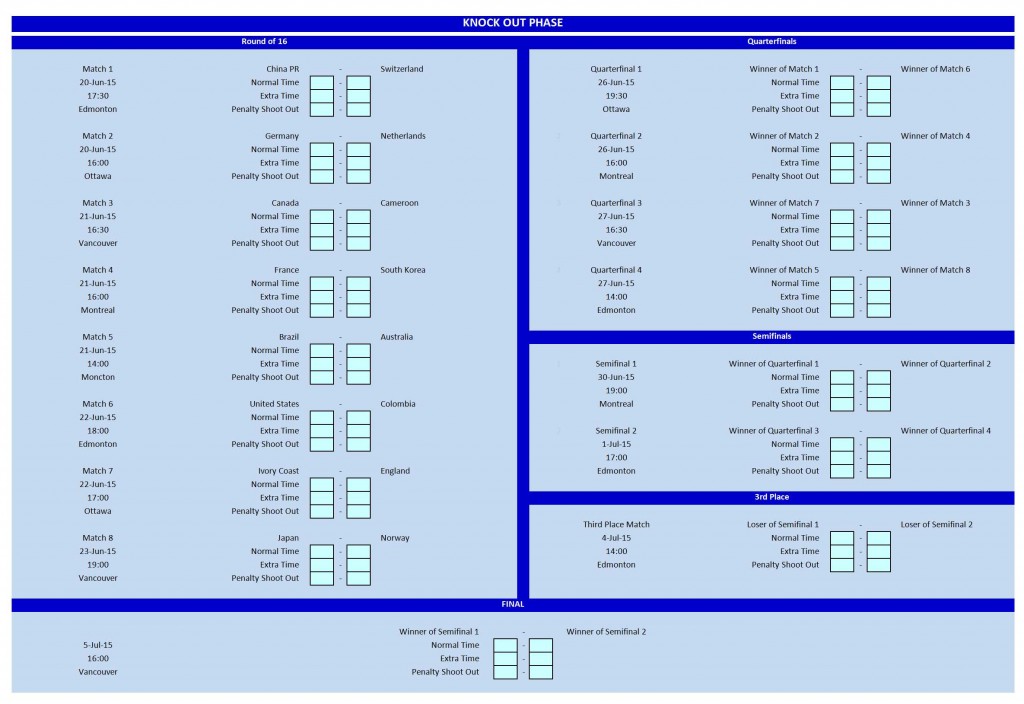 Women's World Cup 2015 will be held in Canada from 6 June until 5 July 2015. There are 24 countries, divided in 6 groups, that will compete in this tournament, those are :

The 1st and 2nd position from each groups will qualify for round of 16 automatically. And the best four 3rd position will complete round of 16 brackets. After all group matches are completed, teams will be ranked based on this tie breaker rule :

In round of 16, teams will be paired based on this arrangement

I set all needed parameters in my Soccer Tournament Creator template based on those information. You may ignore some redundant rows, columns, and worksheets which have no direct relations with this tournament schedule and scoresheet. Those are parts that you will find in the original template if you want to create your own tournament. I have deleted some worksheets to reduce the filesize, though.

And before using this spreadsheet you might read this notes :

To arrange Knock Out Matches :

You can download it if you want to emulate it with your own style. It will allow you not only to emulate Women's World Cup Football Tournament but also to emulate any big soccer tournament as well as to create your own tournament. There will be no office pool available for this tournament. But I promise you that I will create the specific one for UEFA Euro Soccer tournament.